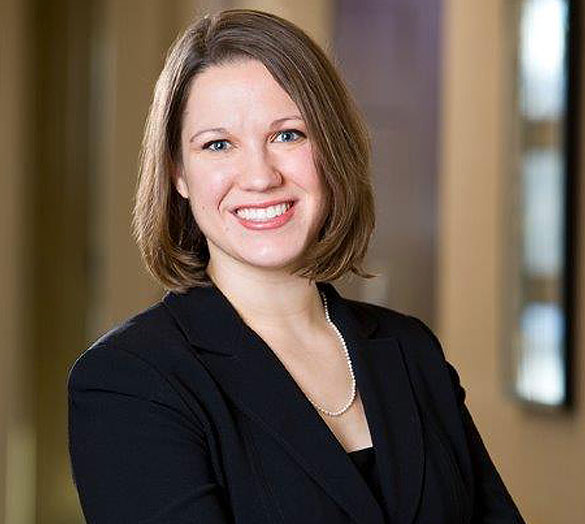 Jennifer Van Kirk has practiced exclusively family law at Peckerman, Klein & Van Kirk, LLP Attorneys at Law since 2002. Jennifer has been a partner with the firm since 2009. She is admitted to practice before all Wisconsin state courts and is a member of the Milwaukee, Wisconsin, and Waukesha Bar Associations. Jennifer is also a member of The American Association of Matrimonial Lawyers, Inns of Court, Association of Women Lawyers and Society of Family Lawyers.

Jennifer was born and raised in Milwaukee and maintains strong roots in the community. She received a Patrick Henry Award from the National Guard Association of the United States in 2011, a Community Involvement Award from the Association of Women Lawyers in 2012, and other community service recognitions over the years. Jennifer also volunteered for the Wisconsin National Guard Family Program from 2004 to 2013, serving in several volunteer positions and on the Family Program’s State Advisory Council. She has served on the Parish Pastoral Council at the Basilica of St. Josaphat and is a parishioner at both the Basilica of St. Josaphat and St. John Vianney.

Like her colleagues, Jennifer brings an important human element to the process—compassion. Jennifer genuinely cares about each of her clients and treats them with kindness and respect while advocating for their best interests.